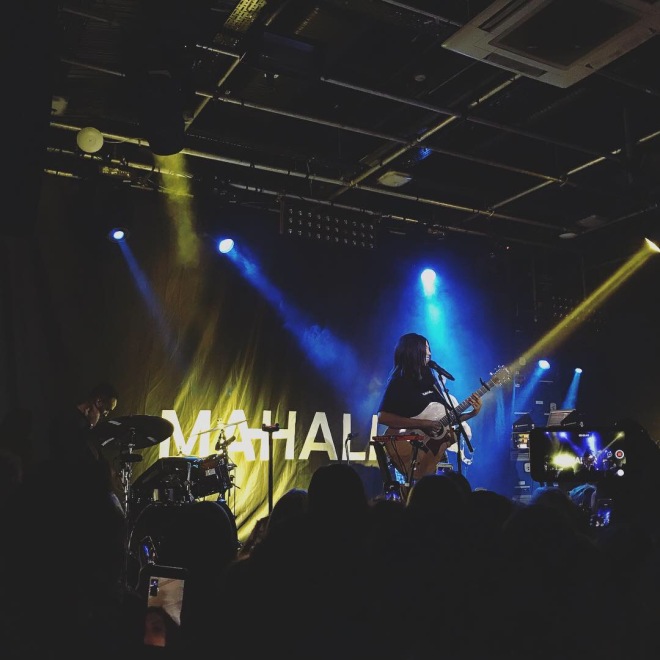 As Mahalia continues to break into the R&B/Soul realm of music, she recently concluded her ‘Seasons‘ Tour in Manchester at Gorilla last week, and it was an incredible show! Full of emotion, she provided all the right vibes you could want at a smaller, more intimate gig.

The show started with opening act Jvck James; an up-and-coming young artist who had no problem demonstrating his talents to the crowd. He delivered a soulful and stripped back R&B performance in which his voice glistened over a single acoustic guitar and made for some great live music which any R&B fan could enjoy.

I was particularly impressed with his performances of his singles ‘Extroverted Lovers‘ and ‘On My Way‘, and I wasn’t the only one – they went down an absolute storm! The performances he produced were pure and raw; he was fully immersed in his own music, just in the moment and it was great to see someone so passionate about their music. His vocal range was seriously impressive… Some of the falsetto notes he was bringing out blew me away with the crowd cheering purely because of how impressed they were by his singing ability.

Now even though he’s only 19, it was clear to see that Jvck is a natural born performer and he’s only going to continue to grow. He demonstrated clear confidence whilst up on stage and did a great job interacting with the crowd at Gorilla when getting them involved with one of his singles ‘Wine‘.

I can’t praise him enough as he was exceptional Mahalia’s support, and he’s truly going to be something big for the British R&B scene so keep an eye out for him!

Check out his socials below 👇

Then Mahalia stepped onto the stage, huge smile on her face as she looked out onto the sold-out Manchester crowd.

From start to finish, she gave one hell of a performance, and the energy that surrounded the entire venue was second to none. She really connected with her fans, inviting them into her personal life by sharing the stories behind songs such as ‘Silly Girl, I Wish I Missed My Ex, ‘17, and ‘Marry Me‘. She wasn’t afraid to be truly honest with her fans which I personally think is something really special, and it means the world to her fans. At one point she even brought one lucky fan up onto the stage to dance and sing along to ‘Hold On‘ with her.

She also gave the crowd a short speech on being true to yourself, doing what you want to do and not caring about what others think – This moment was a clear outline of Mahalia’s warm, down to earth character, coming across as real and sincere as she spoke to the crowd. 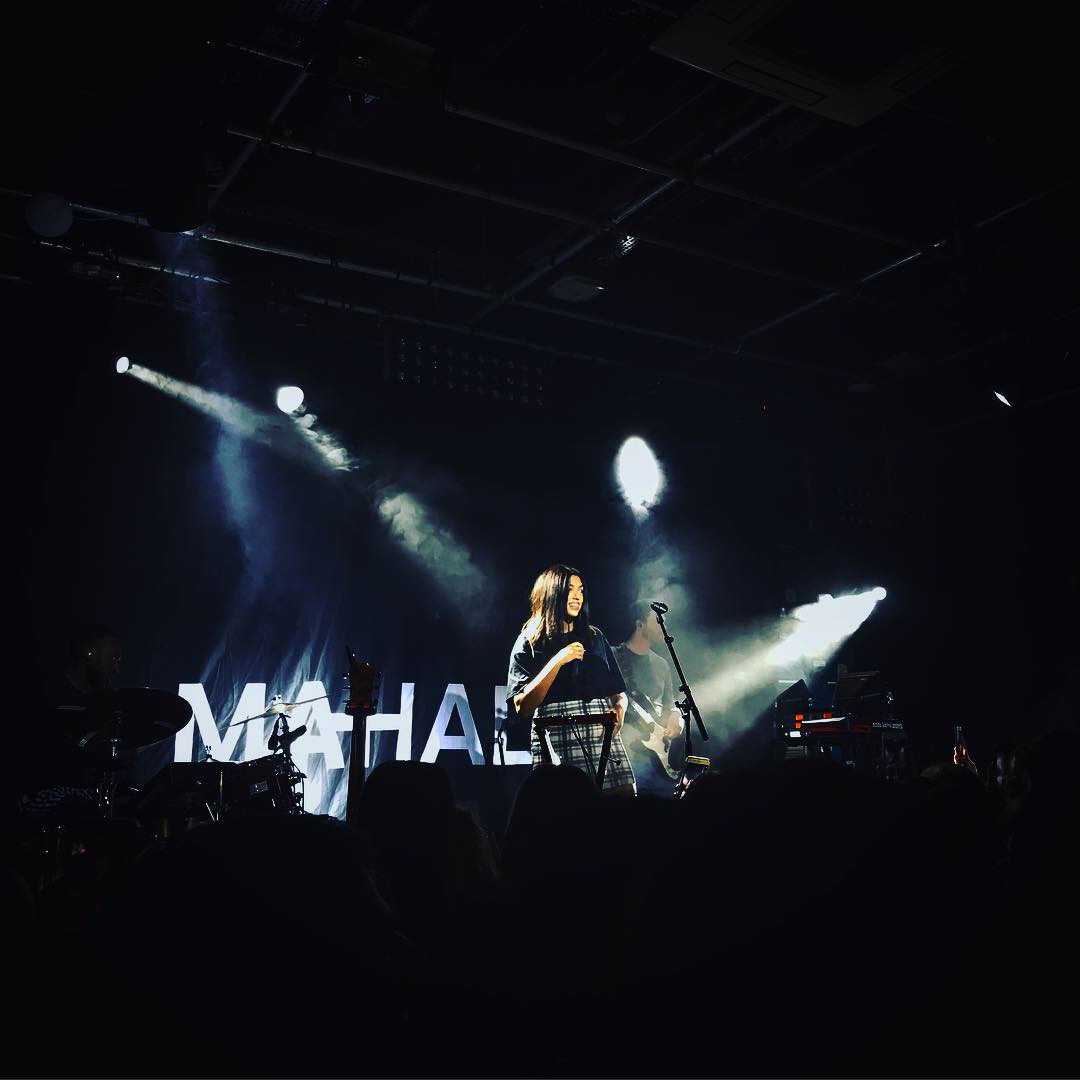 The show explored an array of songs ranging from her first album ‘Diary of Me‘, to her newer singles such as ‘I Wish I Missed My Ex‘ and ‘No Reply‘, as well as covering most of the songs that appear in her new EP ‘Seasons‘. One of my favourite songs off the EP is ‘Honeymoon‘, and when she played it live, it didn’t disappoint. Sharing a likeness to that of Lauryn Hill, she picked up her acoustic guitar, started to play, and it was an absolute delight to listen to; she’s a true artist who lives and breathes music, and when her songs are played live, you can feel the emotions that built the songs and it’s a powerful feeling to experience. 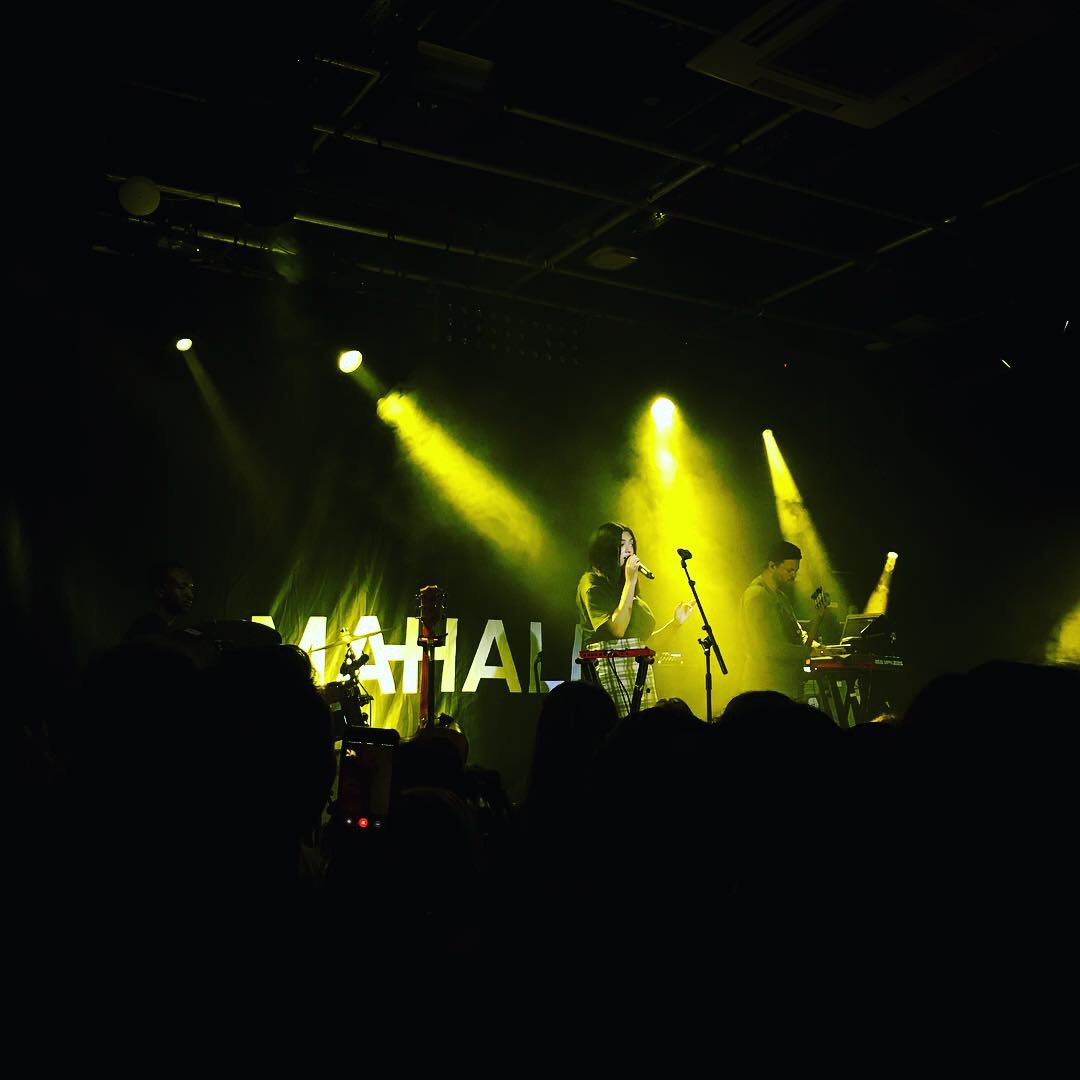 The show was a great all-rounder.

There were full song performances with Mahalia and her band as you’d expect, yet there were also interludes, as well as monologue pieces which added a nice touch; There was one point in the show where her older brother appeared on stage to deliver a powerful and thought-provoking monologue, which ended on the lyrics ‘Now that I am Sober…’, acting as a perfect transition to Mahalia’s smash R&B gem ‘Sober‘. This in my opinion, was one of the best of the night. Her exceptional vocals shone through in the live performance, with her beautifully toned voice intoxicating you at every point in the song. The range she has and the power that she can put behind her vocals is breath-taking – She can take it to another level whenever she wants to and that’s exactly what she did on the night.

To understand what I’m talking about, check out her performance of ‘Sober’ on COLORS below:

Aside from ‘Sober’, her recent single ‘I Wish I Missed My Ex‘ was another treat to watch. It’s a fantastic track that’s just one big R&B throwback and was definitely a crowd favourite – to the point where they were repeating every line of the song back to her. When she did get a chance to sing however, she demonstrated her vocal range again, as it glistened sweetly and effortlessly over soft synths and seductive bass lines. If you’re into Soul/R&B then 100% give this song a listen, you won’t regret it!

Overall, it was an absolute pleasure to listen to Mahalia live, with the show being everything you could’ve hoped for; You can tell from the get-go when you watch her perform that she’s found her calling in life – She’s a true artist, an exceptional singer and energetic performer who brings joy to those who listen/watch her.

I can’t wait to see what Mahalia does next, and I think I speak for everyone who was at her show in Manchester when I say I’ll be back for the next one!