Since their debut album Crooks and Lovers, UK musical duo Mount Kimbie has entered in the limelight through their experimentation with irregular tempos and heavily synthesized sounds as heard in “You Look Certain” and “Made To Stray”. To some, Mount Kimbie might be lumped under the generic umbrella term of electronic music, but their music has come a long way from their dubstep origins.

I recently saw the English ensemble play a show in Washington D.C. and was blown away by their live performance. It’s one thing to leisurely listen to their music through headphones, but a completely different thing to yourself dissolve into their unique sounds.

Dubstep technically has a rate of 138 to 142 beats per minute, which is just a touch faster than the 140 beats per minute of one of Mount Kimbie’s top tracks “You took Your Time”. Their trance-like beats and otherworldly vocals provide the perfect angsty backdrop for the audience to thrash along with the band. While not quite as auditorily eclectic as Mount Kimbie, artists such as UK artist Gold Panda and remixes by Jamie XX also fall under the post-dubstep category due to the slower beats per minute featured on their tracks.

The room went dark and we whooped and hollered as the first dissonant twangs of “Before I Move Off” started the show off. As I swayed to the music, I was lost in the waves of sound that resonated through the venue.

Mount Kimbie duo Dominic Maker and Kai Campos were joined on stage by keyboardist Andrea Balency and drummer Marc Pell, who contributed to an overall more stimulating stage presence. The keyboard work and vocals from Balency and the rhythmic drumming of Pell tied the performance together and lent itself to more of an instrumental live show vibe than a typical electronic DJ set. Maker and Campos built off each other’s sounds through the show and layered instruments on top of instruments until hitting a crescendo of feverish beats.

While Mount Kimbie’s strengths don’t lie in their vocals or lyrics, they get some help by featuring British musical kingpins such as the crooning singer-songwriter James Blake and angsty rapper King Krule.

Mount Kimbie will be performing at Field Day Festival in Herne Hill and headlining Farr Festival in Baldock this summer as they continue touring through Europe and North America.

Make sure to keep up to date with Mount Kimbie here: 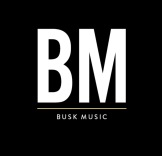