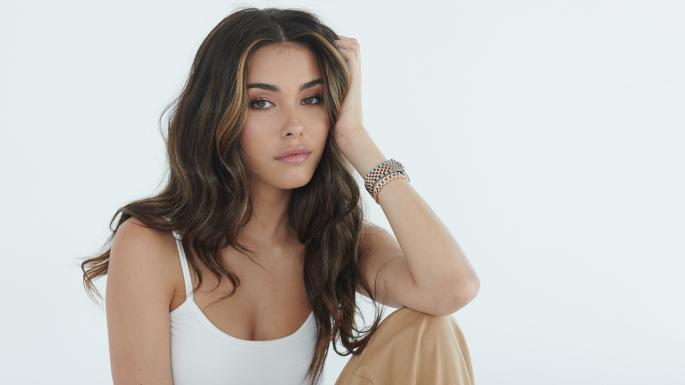 You may have already heard of the pop songstress from some of her previous hit tracks such as Dead, Say It To My Face, and other collabs with hit makers such as Cody Simpson, David Guetta and Jack & Jack. However, if you have not had the good fortune of Madison’s velvety vocals in your ears, then now is the time. And I’m sure that, with new music on the horizon from the singer, you won’t be able to go without hearing her voice for long. This year, Madison Beer is for sure ‘one to watch’.

Taking the new “traditional” modern route, Madison began her journey back in 2012 posting covers on YouTube. With these quickly gaining mass attention, and from none other than Justin Bieber, Madison was soon signed to Island Records where she released her debut single Melodies – a bubbly, up-beat, classic pop track – the following year. In 2014, after a year of waiting, she dropped her second single, Unbreakable. A self-affirming pop anthem with an up-tempo chorus; Unbreakable had an overall moodier and darker vibe than Melodies, and we can already see her slight move away from a purely pop sound with the addition of some synth and electronic influences. And over the next year, Madison worked on several collabs; featuring on DJ Mako’s single – I Won’t Let You Walk Away, and releasing new single All For Love with pop-rap duo Jack & Jack.

After much anticipation, Madison released her first full project, an EP titled As She Pleases. This was released in February 2018, supported by three singles: Dead, Say It To My Face and Home With You; with Dead being released as the lead single in May 2017. Very different from her previous songs, As She Pleases showed a whole new side to Madison. Here, we see a much more mature sound; with this EP marking a shift in her musical style from upbeat pop, to a darker, edgier and moodier R&B sound, with a much more sultry and soulful energy.

Most recently, Madison just dropped her latest single – and first release of the year – new track, Good in Goodbye; the second single off of her upcoming album, after Dear Society. With a light, almost eerie, piano intro; it doesn’t take long for the drum beat to kick in and Madison’s distinct vocals to become just as addictive as ever. Musically, Good in Goodbye follows on perfectly from As She Pleases, as Madison sticks to the darker and edgier R&B/ throwback pop vibe we have come to love from her. The track is low tempo, passionate, and essentially a self-affirming break up anthem. It touches on the message of finding strength from a break up, and the conflicting feelings surrounding ending a relationship, especially a toxic one, even when you know you should and it’s a good thing to move on and say goodbye. Accompanying this single with some incredible visuals; the music video (directed and co-written by the singer) works nicely to present the duality of her emotions when going through a break up, as she confronts herself in an immersive video game landscape. And giving us a reminder of what’s to come, Madison also gives a little visual shout out to her upcoming album in the video (see if you can spot it!).

Following on from Good In Goodbye, there are many exciting things in store for Madison as she is set to release her first full length album, Life Support, later on this year. So while we wait for more new music releases from the singer; keep streaming and listening to Good in Goodbye in the meantime, and keep up to date with her on social media (@madisonbeer) where you can stay updated on when her next project will be drop!