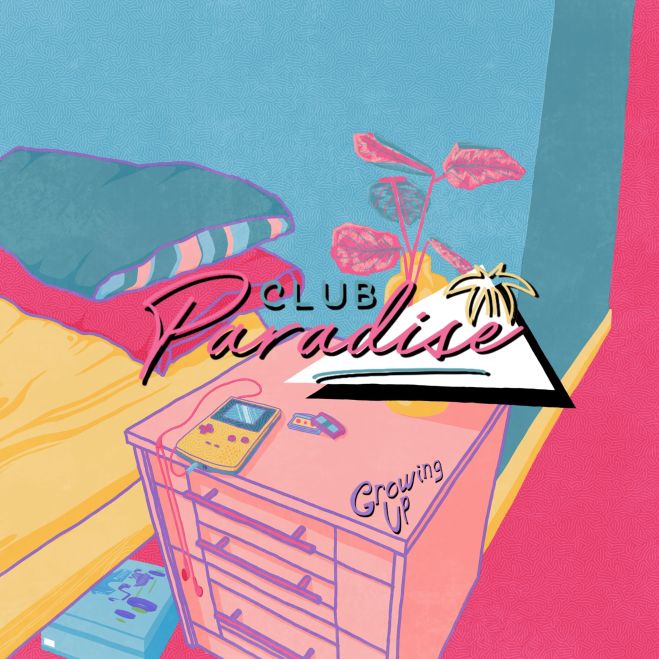 CLUB PARADISE: “BEHIND THE TRACK” – GROWING UP

Growing Up: “A reality check”

Having made major strides over the last year, selling out a hometown show at Cobalt Studios, impressive performances at London’s Club Fermez La Bouche at Notting Hill Arts Club, and supporting for some incredible artists including Vistas, Apre, Larkins, Vant and Saint Raymond; despite lockdown, Newcastle four-piece Club Paradise are back as they unveil their brand new track, Growing Up, released earlier this month. Made up of school friends Ryan Young (vocals/guitar), Jackson Vert (lead guitar), Harry Webb (bass) and Nathan Hogg (drums); the band’s newest release (taken from their new EP, released this month, of the same name) comes as the follow on from their earlier, and first release of the year, Teenagers. And keeping the momentum going, Club Paradise are delivering more of their dynamic, indie-rock sound; influenced by the likes of Foals, The Midnight, Jungle and The Horrors. So keep on reading for a more in-depth, “behind the track” look at Growing Up, with some added insight from the band themselves.

Growing Up isn’t just about physically getting older, but about how times have changed. It’s about how disposable everything has become, whether that’s music or memories – it’s rare we hold and cherish these things physically anymore. We don’t hold memories on tapes, people stand and wait for limited retail releases worth thousands of pounds just to forget about the items within a month or two, it’s crazy – yet to some people it’s completely normal and to a degree, expected.

Club Paradise on Growing Up

The track kicks things off with a stunning indie-synth instrumental, and goes into a high-power indie-rock anthem; charged by heavy drums, energising guitar riffs and the distinct vocals of Ryan Young. Talking about the inspiration behind the instrumentation on the track, the band said how “the song started out with a single chord pattern and a loop which was in double time and played in reverse using a DL4 pedal and I remember when Jackson first lay down that low riff in the chorus we were like oh yeah that’s really cool, very Everything Everything, so we sampled in a pretty industrial drum loop and I think their (Everything Everything) track Night of the Long Knives was a big influence on the rest of this number. The shouty vocals, the thunderous drums and just that dystopian feeling seemed to resonate really well with what the song is about too”.

Discussing the track, and what they want people to take away from the song – with it’s appt message (in these suspended times of Covid) about growing older, times changing and things moving on; the band spoke about how they wanted the track to project, and for people to take away from listening, that “it’s okay to not be as “grown up” as other people around you and to take things at your own pace, otherwise you might not end up feeling fully satisfied with your journey and where you end up. Also cherish the things that mean the most to you, not everything has to be so disposable as the 21st century would love you to believe!” And when asked the best way to listen to, and enjoy the track; their answer was a resounding “as loud as your lugs can handle it”, which seems like the perfect way!

For more about Club Paradise, and to keep up with their latest news and new music releases; head over to their social media down below!