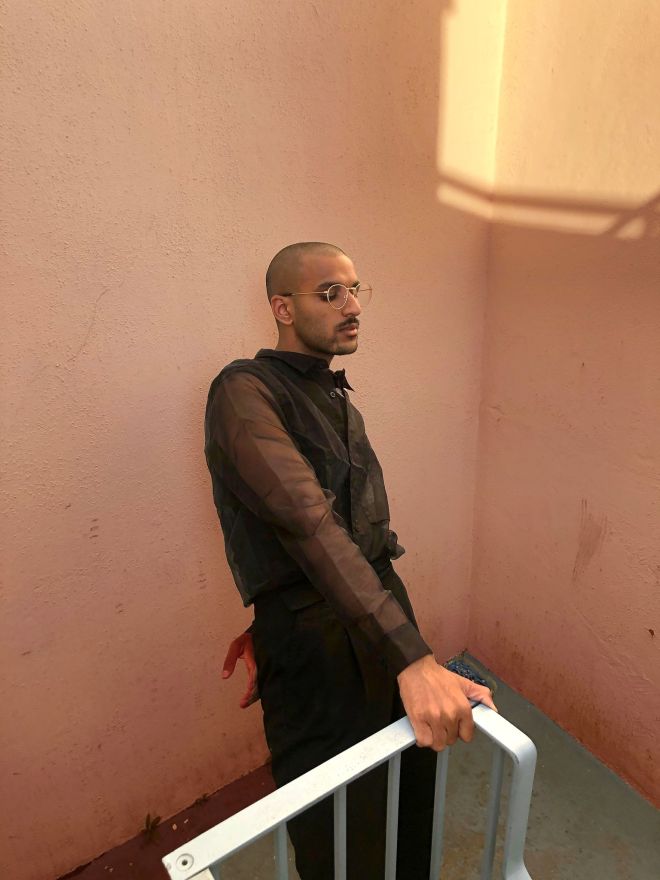 TRACK BY TRACK: Seeva “WE NEED TO TALK”

Today, it is all about electro-pop artist Seeva; a burgeoning creative talent and growing voice in the London queer scene, as he makes an unforgettable entry with his gripping debut album We Need to Talk. Released last week, We Need To Talk opens up some important conversations about what members in the queer community encounter, with Seeva merging his own experiences of being fetishized as a South Asian man in the queer community with a tale of undying love. With We Need To Talk making a perfect introduction to Seeva’s sound, filled with ethereal synth-pop melodies and up-beat pop tracks; we sat down with the singer to talk through the 11-track album, and take a look at each song “track by track”.

Speaking about We Need to Talk, Seeva shared: “Listening to this album really is like reading my diary – my mantra during the whole writing process was for it to be ‘open and honest’. It’s super personal and frank, and it was important to me to be at the helm of this project in terms of writing and production alongside the tight-nit team of people who made the record possible. I wanted to prove to myself that I could dive in deep and be honest with myself about mental health, heartbreak, sexuality and just growing up in our society.”

Starting the album off strong, with the record’s lead single; Seeva kicks off the album with the bold, up-beat, eclectro-pop track – Younger . With an almost 80s throwback sound, Young highlights Seeva’s impressive vocals, and sets the tone for the album, as it speaks about empowerment after a break-up and finding independence and youth through freedom. Discussing the track, Seeva notes how; “this song was written slap bang in the middle of lockdown, and amidst the deep lyrics I just wanted to write a song I could dance to in my pyjamas using a hairbrush as a mic.”

Moving to the heart of the album, we get a real range and eclectic mix of melodies and energies; with Seeva’s powerful and emotive vocals being the stand out feature throughout. From really stunning ethereal melodies like the ones we hear on Intro, to more of a smooth R&B-esque vibe on I don’t mind, and slightly deeper alt-pop beats on Closer – blended in amongst the classic up-tempo pop beats we get throughout the album; there is something for everything on this record. Talking though the album, Seeva gave us a little taste and insight into each of the tracks.

“I released a solo version of this song on a preview of the album earlier this year, and I knew that Emma’s amazing vocals on it would make the track. Suffice to say, the remix is the version that I chose to put on the album.”

“When putting this album together, I had a few half-songs that I wanted to make a low-key appearance and this intro was a little improvisation I did in one take to a vocoder.”

“This was the first song I wrote for what would become We Need To Talk in late 2018. I decided to scrap a lot of the songs and start again in summer 2019, but this one still made the cut.”

Would You Lie To Me?

“This is the dance-cry codependency anthem you never thought you needed.”

“I wrote Hopscotch when I was in a dark place early last year, but the bridge in the hook inspired the album title, and it completely changed the direction of music I was making.”

“This is another little songlet to introduce the last part of the album, still considering whether to make this into a full song one day.”

“Princess was the last song I wrote for the album with my writing partner Jess and it really is our baby. A lot of the songs talk about loss and endings, but this one is all about new starts.”

“Jess, Euan and I wrote this after two bottles of vodka and a long day of sessioning. Never thought I’d be cool enough to have a trap beat in a song of mine but it just kind of worked.”

As the album comes to a close, we hear the final notes of Outro play out. A really gentle electro-synth pop ballad; Seeva described this track as “one [that] just flowed and finished up perfectly how I wanted to end the album”. An abrupt but succinct end to the album, the last seconds of Outro are a simple but stunning harmony of Seeva’s vocals against a gentle melody, and really add a sense of peace and conclusiveness to the whole record.

So definitely make sure to give Seeva’s newest release a listen, and check out the rest of his discography here . And for all the latest news about Seeva and his new music releases; follow him on all his socials @seevamusic