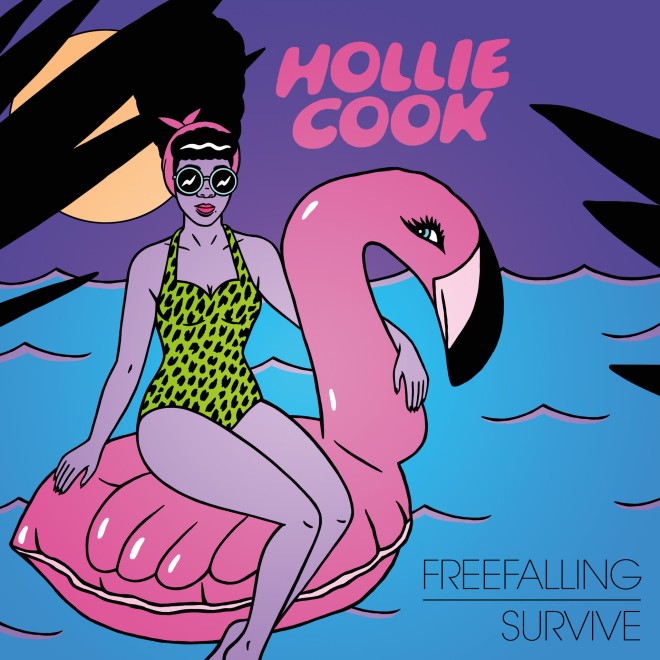 Hollie Cook strikes again; daughter of Sex Pistols drummer Paul Cook released a new single last week, ‘Freefalling/ Survive’. She calls her own music ‘tropical pop’, and it would seem her own label has never been more applicable than it is for this new release, if you couldn’t already tell from the album artwork (check out Robin Eisenberg for that beauty).

Freefalling is a very mellow bop, giving you a taste of summer as we depart further from it with her ‘tropical’ melodies and her reggae influence creeping in. It is one of her slower songs, ending with a lovely instrumental that brings the listener a satisfying close; it’s not as gritty as with some of her other work, but that doesn’t mean it isn’t enjoyable.

The other song on the single, ‘Survive’, merges echoing harmonising vocals with some synth, with the result almost trance-like, but still light hearted and I found very relaxing. The electric guitar mimics that stereotypical beach sound, at times played so that it almost sounds like a bird, bringing again that tropical influence throughout the love song.

This being the third single she has released this year, this steady stream of music is welcomed with open arms.

All in all, the single brings you two very smooth and soothing songs and may even bring you a little musical warmth as we continue the descent into winter.