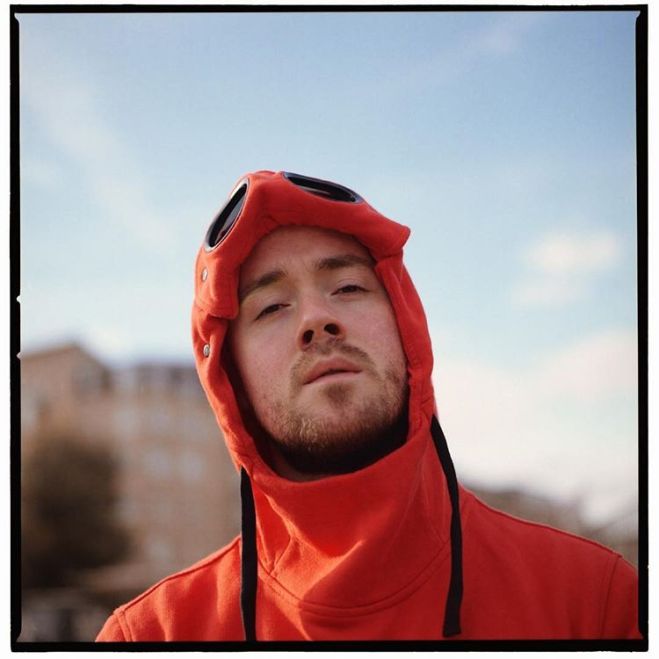 It’s been 7 years since Maverick Sabre hit the UK music scene with his incredibly successful debut album ‘Lonely Are The Brave‘, which hit #2 on the UK album charts and sold over 250,000 copies.

The Irish Soul/Rap artist, who was heavily encouraged to follow a music career by fellow rapper Plan B, has brought a gritty singing voice that is now distinct to Sabre and his music. His unique singing and rapping go hand in hand with his musical style which just screams timeless blues and old-school soul; Melodic electric guitars mixed together with powerful grand piano, topped off with strings, a brass section and delightful harmonies.

While there are heavy influences from past decades, Sabre’s music still manages to remain fresh and modern thanks to his second-nature rapping ability, and his songwriting structure – A lot of his songs are either a reflection of his real-life experiences, or they act as a commentary on the world as seen through his eyes. He explains: “For me, every album is about what I feel at the time, and what I feel needs to be said about society and my own personal life. It’s like a diary entry“.

I couldn’t agree with this more. A few listens to Sabre’s raw and passionate music instils another level of emotion within you, can make you reminisce about your own experiences and without a doubt delivers some powerful messages on society. He’s always been unapologetically honest since day one, and it’s a constant breath of fresh air for the music scene.

Have a listen to the fantastic album ‘Lonely Are The Brave‘ and have a see for yourself!

Similar to his first album, the blues, soul and gritty nature comes shining through, but unlike his first, there’s an element of evolution and experimentation to his music. As his style has developed, a number of songs have resulted in being quite dreamy and carry a haunting and romantic essence to them – One track that comes to mind is ‘Don’t Forget‘ – his bold and brassy voice glistens over the seductive electric guitar as he pleads “Don’t forget me in the morning / When you wake beside somebody else / Don’t forget me please, darlin’ / I hope I made a difference..“.

Another that comes to mind is ‘Breathe‘ – It’s haunting just from the lyrics alone, but his falsetto and the passion that goes into his rapping makes for some soul-stirring music and is just one of the reasons why Maverick Sabre is a wonderfully hidden gem.

Check out his performance for Vevo at The Church Studios in London down below:

This track is only 1 of a few that see Sabre rapping, and it appears that Rap doesn’t seem to be his strongest reference point as much as it used to. Make no mistake though because this still remains a classic Maverick Sabre album guaranteed to carry its weight in emotion, grit and feel-good vibes. Having been away for 3 years to travel, work on collaborations and take some breathing room from the industry, he’s produced a more diverse and mature album compared to his first with plenty of musical influences spreading over different genres; His track ‘Give Me Love‘ has a Reggae/Hip-Hop vibe and ‘We Don’t Wanna Be‘ has hints of rock and heavy blues thanks to the intoxicating guitar riff. Finally, I have to mention the colourful soul/pop jam ‘Walk Into The Sun‘ because it’s one that’s an instant feel-good summer track!

While he’s produced an album full of completely different songs, there’s still something that new and old fans alike can come together and enjoy!

Moving on from Innerstanding, Mav’s been fairly quiet working on his upcoming album ‘When I Wake Up‘. However, he did spend some time working with the female prodigy Jorja Smith on her debut album, as well as appearing on 2 of her songs; ‘Carry Me Home‘ is a beautiful offering from the pair, and ‘A Prince‘ is a more sultry R&B track, but is one that’s definitely in the same vein and is just as enjoyable.

The two voices complement each other brilliantly, and you can’t help but fall in love and feel engrossed in the tracks as soon as you hear them.

Now we’ve hit 2019 and Maverick Sabre’s back with new music, a new album on the way, as well as a Tour to round things off! His 2 new singles ‘Drifting‘ and ‘Her Grace‘ was released late last year in the build-up to his new album ‘When I Wake Up‘, which is due for release 22nd March.

The first, ‘Drifting‘, is a brilliant homage to Sabre’s Irish roots. With his uplifting falsetto in the chorus along with the cinematic music video filmed in Ballymun, it captures young manhood in a gripping and beautiful way. It’s definitely got his Irish upbringing cemented firmly in every aspect of the track , nd it’s a great watch/listen!

His second single ‘Her Grace’ featuring Reggae artist Chronixx will be something that fans will instantly be familiar with. The pair give their perspectives on the untold stories and struggles that women go through which are looked past in society. It’s a heartfelt song and delivers some seriously thought-provoking messages as Sabre sings “And through the silence, through the night, he came and stole.. Her grace // Now she’s an angel falling down to the darkest place / Just like a bird without her wings she fell from grace..“.

To understand the emotion and power that this song truly carries, check out the pair’s performance for COLORS which has already racked up nearly 750k views in 3 weeks:

Finally, to accompany Sabre’s third album, he’s announced a 12 date UK & Ireland Tour starting on March 29th in Cork and ending in Bristol on the 13th April. To check out his full tour dates and to get tickets, click here (I’ve already got mine!)

And to make sure you get your ultimate fix of Maverick Sabre, check out Spotify’s ‘This Is Maverick Sabre‘ playlist, which includes Rudimental’s track ‘They Don’t Care About Us‘ 👇