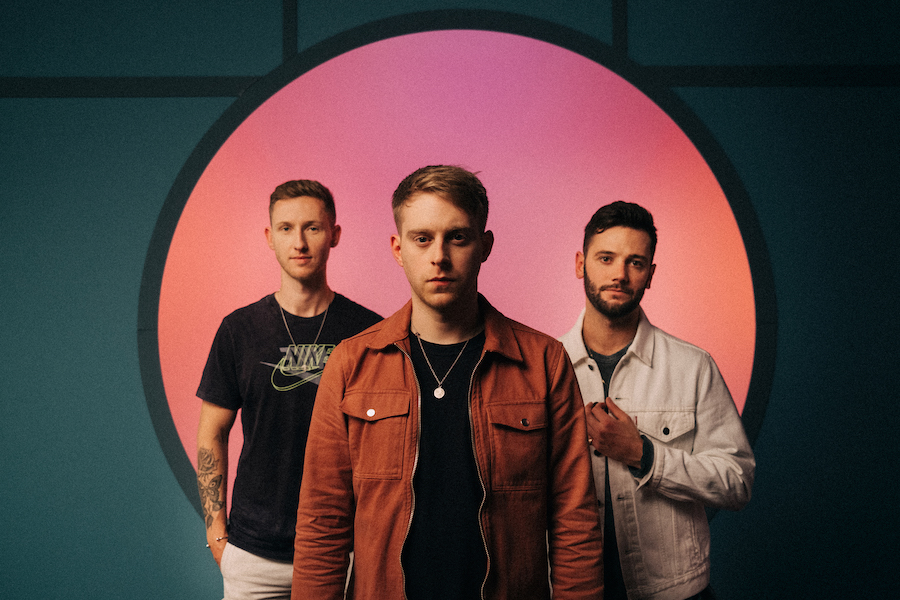 A band whose music so often celebrates the beauty in life’s most challenging moments, British alternative pop trio Flawes have had their patience tested in 2020. Beginning the year on a high by fulfilling a life-long ambition, with the release of their debut album Highlights; despite this year laying waste to their plans, they instead they threw themselves into a flurry of activity which saw them writing and recording – individually yet still collaboratively – to work towards a refreshed sonic and artistic identity. And it is with their new single Holding Out For The Win, released last week, that they unveil their new sound. The first song off of their new, forthcoming EP Reverie – set for release February next year; Holding Out For The Win marks a new direction and exciting new chapter for the band. With the release of their new track, we caught up with the band to chat about the new release, and their year in music so far.

BM: For those who aren’t as familiar with you and your artistry; how would you sum up your style, and what track should people listen to first?

FLAWES (Huss): Well firstly, hello new listeners! Our style of music is alternative pop and I’d say the best track to listen to first is ‘Holding Out For The Win’. It’s the first single from our upcoming EP Reverie and should give you a clear picture of flawes and what we’re all about. You should watch the video too (it’s pretty funny).

BM: Tell me a bit about how you came together as a band, and your overall creative process?

FLAWES (Freddie): Huss and JC went to school together up in Huddersfield and happened to bump into each other years later in London around the time that JC was looking to start a band. I have a mutual friend who recommended me and after one rehearsal Flawes was born! The creative process has grown over the years – we don’t really have one set way of writing. Sometimes it will be JC that comes to me and Huss with a rough idea which we then build together whilst other times we will take a backing track to JC for melody and lyrics.

BM: How have you found this year in music with all the craziness that’s gone on!

FLAWES (Huss): It has definitely been crazy and quite a shock to the system, like many bands we had a tonne of shows to look forward to and all of a sudden our calendar was empty. We decided to put our time to good use and started the process of writing and recording our EP Reverie. I think that’s all we could do to cope, especially when faced with so much uncertainty of when things would get back to normal. We’re so proud of how it turned out, we all learned a lot too! it wouldn’t be the same if it wasn’t created in these circumstances.

BM: With your music so often celebrating the beauty in life’s most challenging moments; how have you managed to channel that into your incredible music releases over this past year?

FLAWES (JC): I think just always trying to keep a sense of positivity, being there and supportive for one another goes a long way too. We are all optimistic guys and I feel I naturally always tend to lean towards positive, uplifting themes when writing lyrics. We couldn’t tour our album so I guess our only option was to jump straight back into the creative side of things again. It was good to have a focus during lockdown too, something to escape into.

BM: Releasing your new single Holding Out For The Win, how did you settle on the track’s title?

FLAWES (JC): Holding Out For The Win’ was written when reminiscing looking back at the exact moment I realised I had fallen in love. The song documents that moment and comes to the conclusion that there is something to be lost and that it’s going to be worth keeping a hold of. It’s a really exciting moment that i don’t think I’d ever consciously thought about and explored before.

BM: With a truly stunning emotive instrumental, how did you come up with the instrumentation for Holding Out For The Win?

FLAWES (Freddie): Thank you! We collaborated with a producer named Toby Scott on this track. He really helped bring out some of those retro soundscapes we envisaged for the song. We really lean on our individual instruments in this one and wanted to try some stuff we never had before.

BM: Releasing your debut album Highlights earlier this year; how did that feel to have released your first full length record?

FLAWES (JC): It was definitely a goal that all three of us have had for a very long time, to have something you can hold, a body of work that we literally put everything into. On the day of release I walked into HMV by myself and bought my own copy off the shelf. It was a moment I had thought about many times and I’d be lying if I told you didn’t get a little overwhelmed by the whole experience.

BM: Over this past year, how have you managed to stay creative and where have you drawn most of your inspiration from?

FLAWES (Huss): Generally drawing inspiration from each other, our experiences and trying to remain positive allowed us to create Reverie, purely from being in lockdown. We have tried to create a whole world with this EP for people to escape in. Initially it was quite a challenge setting up recording studios in each of our homes (I had to do a bit of sweet talking to my neighbours about the drums haha) But once the studios were up and running, staying creative was easy.  The recording process was definitely different but really fun!

FLAWES (JC): I think just to keep a hold of the positive energy, it would be awesome to tour obviously as soon as it is safe to do so. Playing live is where we feel the most comfortable, playing live is why we write these songs. There is no better feeling than seeing people sing (shout) back the words to your songs at you. I miss it.

BM: Where do you see yourself heading, artistically?

FLAWES (Freddie): We’ve never really sat down and said ‘let’s take the sound in this direction’, it’s always just been a natural progression and I think that will always be the case! The studio is a really nice open environment for ideas and we like to see where the moment takes us. Hopefully we’re able to keep doing that for a long time yet!

An absolute pleasure to chat to the band; to stay up to date with Flawes, and their exciting upcoming releases, head over to all their socials down below!