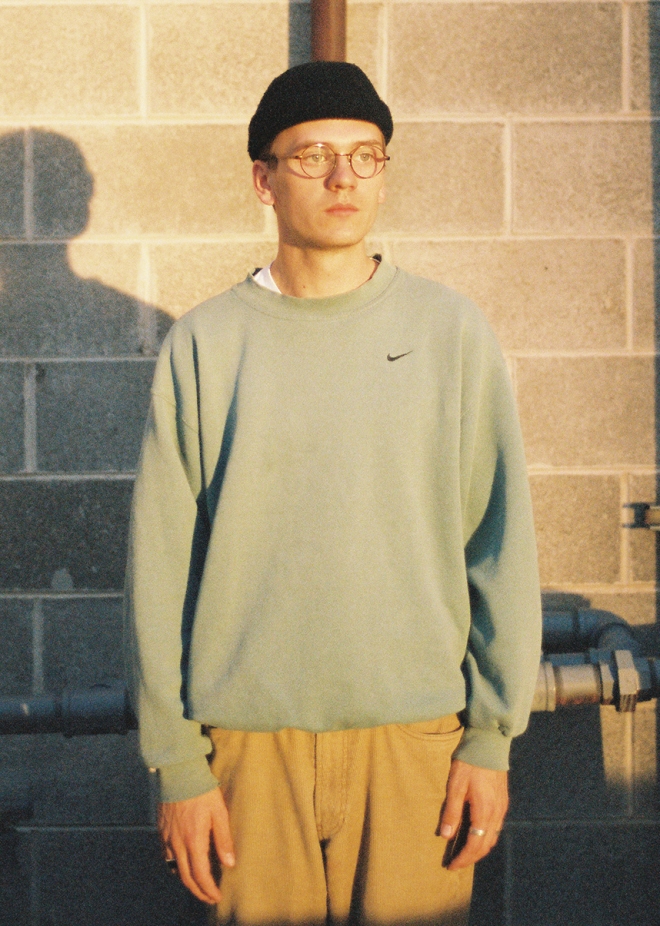 ford. shines on his highly anticipated sophomore album ‘the Color of Nothing’.

Having already crafted an impressive discography, and with his explosion onto the music scene following the release of his 2018 debut album (The) Evening; 21 year old producer ford. has continued to impress with his unique brand of soothing and inspiring production. Now, with millions of streams and a Grammy nomination under his belt, the Utah-based producer is back with the release of his sophomore album The Color of Nothing. Across eleven tracks, The Color of Nothing reflects a complex yet beautiful two years for the indie-electronic artist; with the record being a sonic journal of his recent experiences that have included – him moving on his own from Germany to the US, start touring, deal with death, struggle personally, make new friends and commit to music full time. With a mellow production and cohesive flow, accompanied by the addition of a talented array of feature vocalists; The Colour of Nothing is the exciting next step in ford.’s artistic journey, and further highlights his impressive talent and artistry.

Speaking about the album, ford. shared: “I think my goal over the past couple years has been to be more honest in the concepts and themes that I explore within my music. Through writing this album I felt I was able to finally contextualize the experiences and changes that I’ve gone through — the good and the bad. It has been an immensely rewarding journey and I hope this genuine reflection resonates when people hear these songs”.

Beginning the album is the pre-released single, and title track, The Color of Nothing. Introducing us to the vibe of the album, The Colour of Nothing is the perfect song to bring us into ford.’s sonic universe; as it expertly layers rich piano chords with transcendent synth waves, across a bed of smooth electronica drums, to create a gentle and immersive soundscape that transcends across the rest of the album. Delving into the album, The Color of Nothing is followed up with one of the major record highlights, and first vocal feature, on Hold On. Amidst a gentle electro-synth inspired melody, delivering a dreamy and atmospheric energy; guest artist Ayelle’s resonant vocals melt into the sonic landscape, as they flow effortlessly atop the enchanting rhythm.

As we move through the project, we see ford. introduce an array of exciting features and vocalists, providing a wealth of colour and vitality to the album. From Lani Rose to Barrie, each artists brings an entire different, yet original, energy and sound to the record; with each creative perfectly complimenting the versatility and dynamic of ford.’s own artistic style. On Pay No Mind we see ford. and Lani Rose immerse themselves in a world of pensive lyrics, and soft yet dynamic soul-filled melodies, as they discuss the universal topic of heartbreak. This compares to the more distinctive synth based, up-tempo instrumental – tinged with elements of folk – that we get on In My Eyes, as he teams up with multi-talented artist Verzache. Inspiring a sense of hope and positivity, the pair put an uplifting spin on the bittersweet narrative they explore, as they delve into the complex emotions surrounding growing older.

Throughout The Colour of Nothing, ford. delivers a stunning compilation of gentle and calming sounds, as he incorporates a mass of mellow and immersive synth and electronic beats into the album soundscape; alongside subtle lo-fi hip-hop and indie-led melodies. With a dazzling and cinematic energy, the overarching sound of the album is one that’s hard to define or categorise. As it draws you into this introspective sonic world, the 11 tracks can be seen as a representation of the vast and indescribable blankness you see when you close your eyes, as you sink into a new realm in that semi-conscious and dreamlike state between sleep and awake. The colour is not black, white, or any other colour that can be described – it is simply ‘the color of nothing’.

Emerging as a significant era within ford.’s unfolding career, The Color of Nothing is an exciting new chapter for ford.; and stunning record from start to end, that leads us to consider the exciting next steps for the talented artist. To keep up with ford.’s artistic journey, and all his musical news; find him on all his socials @fordsounds