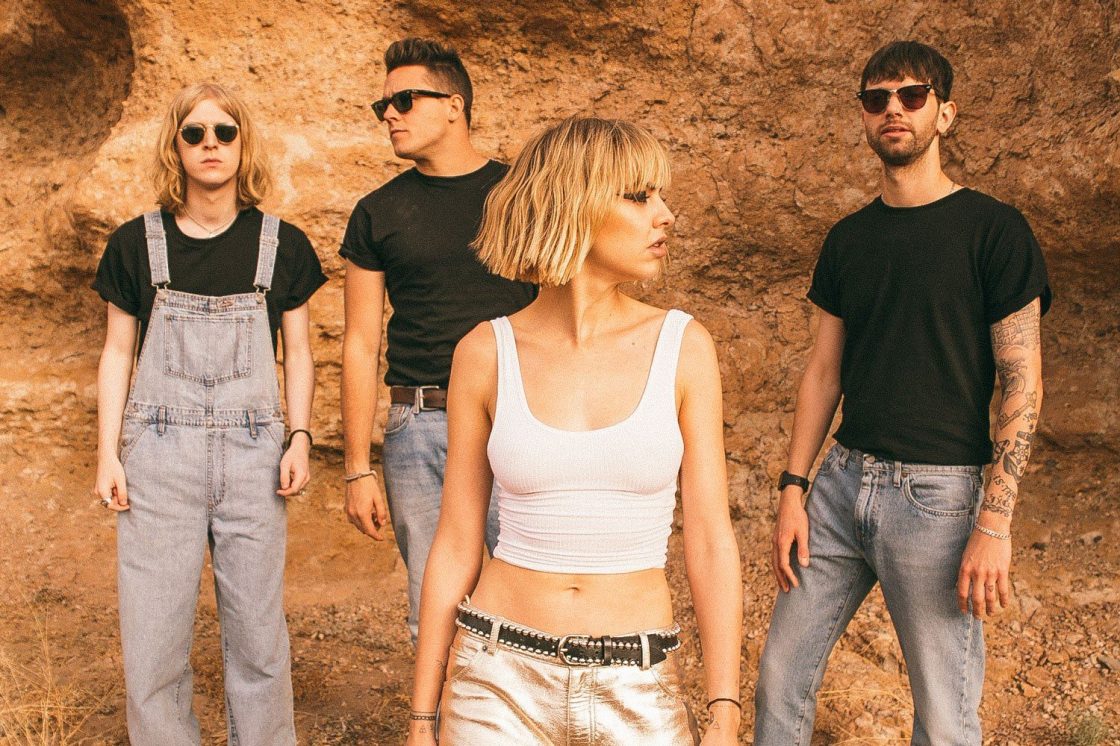 Last week, I had the pleasure of seeing Ateros, a London based dream pop band, on their When We Land tour at Scala in London. Over the past week, the band have continued on the final leg of their UK tour which finishes today in Leads before heading out to perform a whole host of summer shows and festivals. This tour was particularly special for the London four-piece as it was the first time they were performing tracks from their debut album, When We Land, which was released late last month.

During this tour, Anteros treated the audience to two incredible support acts. The first being Saltwater Sun, a five-piece alternative rock band from Reading. The second being RedFaces, a three-piece indie-rock band from Sheffield with some garage-pop influences. Both bands worked as the perfect compliment to Anteros’ more etherial and indie dream-pop/rock vibes and got the crowd ready to hear their new album performed for the first time. Giving incredible performances, and hyping the crowd up, I’m sure we will be hearing much more from both groups.

The nights set let was filled with plenty new hits from their debut album When We Land, which had everyone revelling in hearing the songs live for the first time. They started the night off with a few of the albums more upbeat tracks including Drive on and Honey, which made the prefect start to the set. Primarily focused on performing and sharing their new music, they also included a few old favourites and singles from previous EPs such as On The Moon and Drunk. However, the best throwback surprise of the night was definitely the performance of Bonnie, the band’s 2017 single, which was undoubtedly the highlight of evening. It was during this performance that vocalist Laura, who gave a empowering speech, invited all the girls, or ‘Bonnie’s’, in the audience to come up and join her on stage for the performance with all the girls rushing to the front of the venue and enjoying spending some time on stage with the band. Of course, it wouldn’t be complete without the band’s self titled track being somewhere in the setlist. And the band definitely didn’t disappoint as they ended their set with Anteros, bring the night to and end with the upbeat, indie-rock and classically Anteros style track.

Even if you missed them this time on their UK tour, there will be plenty more opportunities to hear them live over the next couple of months. So keep your eyes peeled and expect to see them at some of your favourite summer shows and festivals including Tramlines and Reading.